No comments to show.

Vim is one of the most popular code editors used by many since Vim is found in most Unix systems (this includes Linux) it is one of the great options that programmers and system administrators tend to use.

This editor is very complete and above all very versatile as it has great features that make it a great option to use. Although natively many would discard the use of Vim is because they do not know the great potential it has to be customized to our needs.

Among the features that we can highlight of Vim we find:

What makes Vim interesting is that it is highly configurable and customizable so the use of plugins in it can be possible.

These plugins had to be downloaded manually distributed as tarballs and extracted into a directory called ~/.vim.

Handling plugins in this way is not a problem at first glance, but when too many were used it could result in a big mess, since all the files for each plugin were concentrated in a single directory.

This is where Vim’s plugin managers come in handy. Plugin managers keep the files of installed plugins in a separate directory, so it is very easy to manage all the plugins

Vim-plug is a minimalistic, open source and free vim plugin manager that can install or update plugins in parallel. 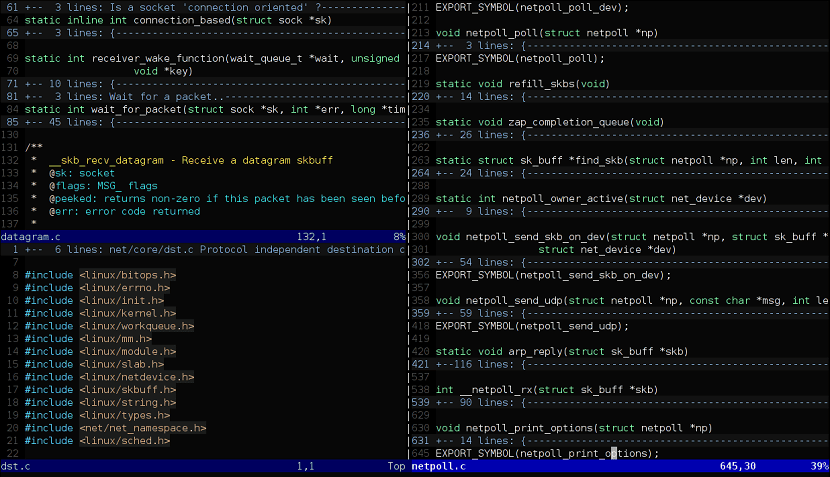 How to install Vim-plug on Ubuntu 18.04 and derivatives?

If you are Vim users and want to install this plugin manager you should open a terminal and execute the following commands.

We open the terminal with Ctrl + Alt + T and we will install a dependency with:

Now we are going to execute:

Done this now we must add vim-plug to our ~/.vimrc file, let’s add the following:

We save and reload the file. vimrc and with that the administrator will be installed in our system.

We must open the editor with:

To start using vim-plug we do it in the following way, to check the status of the plug-ins

If we want to delete unused directories:

To update the vim-plug manager:

To fix this, you can simply undo the problematic plugins.

To review the changes since the last

And return each plug-in to the state before the update by pressing X in each paragraph.

It is up to each one how to use this Vim plugins manager in the system, as mentioned Vim can be enhanced and customized to our needs.

If you want to know more about this tool you can visit the following link.